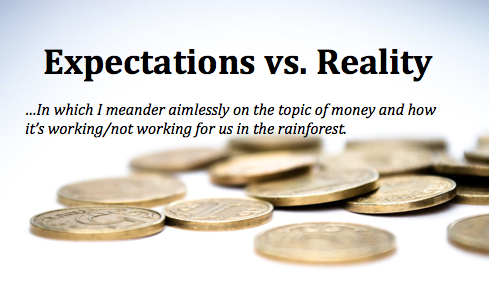 …In which I meander aimlessly on the topic of money and how it’s working/not working for us in the rainforest.

It is always interesting to see what happens when expectations bump up against reality. We have been living in Costa Rica since late February and extremely few things have gone according to plan. The overall shape of life that I was looking for is here, but the path was not at all what I thought it would be. And for the most part, that’s ok, but in other ways we need to seriously re-evaluate where we are at and what we are doing.

Money is one of those areas. Anyone who has ever renovated a house will probably complain about how far over-budget the project ended up, so that isn’t anything new. The real issue for us here isn’t how expensive decent materials are (thought they really, really are) or dishonest contractors (ours have been amazing), no, the problem comes down to the fact that we don’t have ‘real’ jobs anymore. See, we used to have a pretty laid back view of money because we made lots. Not Rich People lots, but Comfortably Middle Class lots. So, when things were expensive, you could put them on a credit line or something because you know you will make money to cover it over the next little while. Or you could save up the money first and then purchase what you needed. But here, the changes that needed to happen to the property in order to allow us to live had to come immediately, not allowing for time to save money up. Also, many of those changes were made to align with the far away vision of living self-sufficiently where we don’t need to buy a lot to keep ourselves going. So here’s the conundrum; how do you balance the money spent to not need to spend money against a limited non-consistent income?

Of course, there are ways to creatively generate an income from home thanks to the good-ol’ internet and there are ways to spend less, but it is still something that I think about. The biggest difference I can find between my husband and I and how we are arranging our life and most of the people that we know is that we have just gone for it, with the assumption that we will be able to sort it all out in the future, rather than worrying too much about it first!

It probably helps that my work has been a little on the… what I would call ‘floaty’ side for awhile. Sometimes I am straight-up exchanging time for money, like when I am doing a client session. But the rest of my income is less direct; spending time building relationships and answering questions so that people want to come to my classes and workshops, for example. Or putting together a magazine so good that people are going to want to advertise in it. These endeavors don’t have as clear or a line between cause and effect and can make people uncomfortable. I don’t know that my kids always understand that when I am answering a Touch for Health question on Facebook or putting together a blog post, I am ‘working’. I don’t know that people in my field always see the value in such pursuits either. And when my friends and family in Canada ask us what we are doing for work down here and I tell them, there is usually some serious brow-furrowing to follow.

So, what do you think? Are we embracing the new economy, or simply financially irresponsible? I suppose only time will tell for sure (like when the kids want to go to college, for instance), but I’m curious what you think! 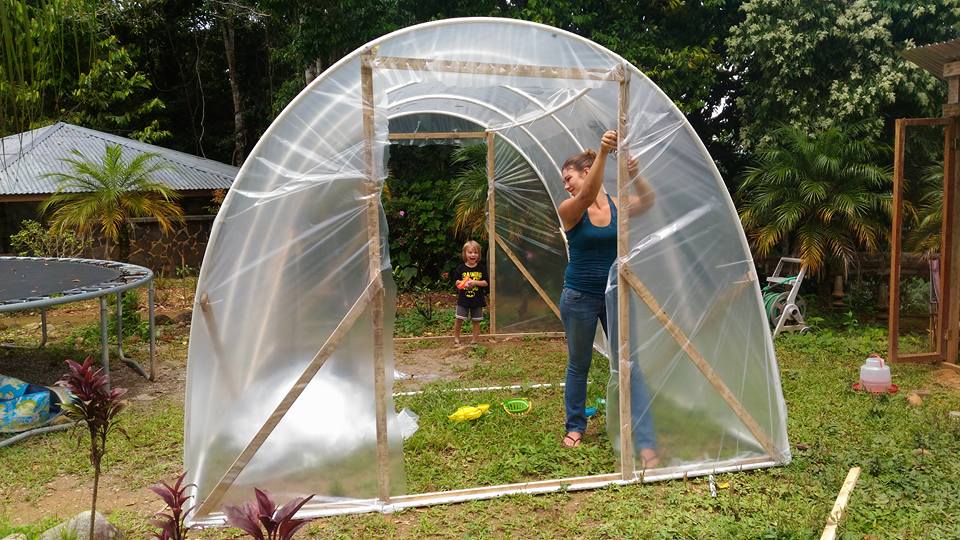 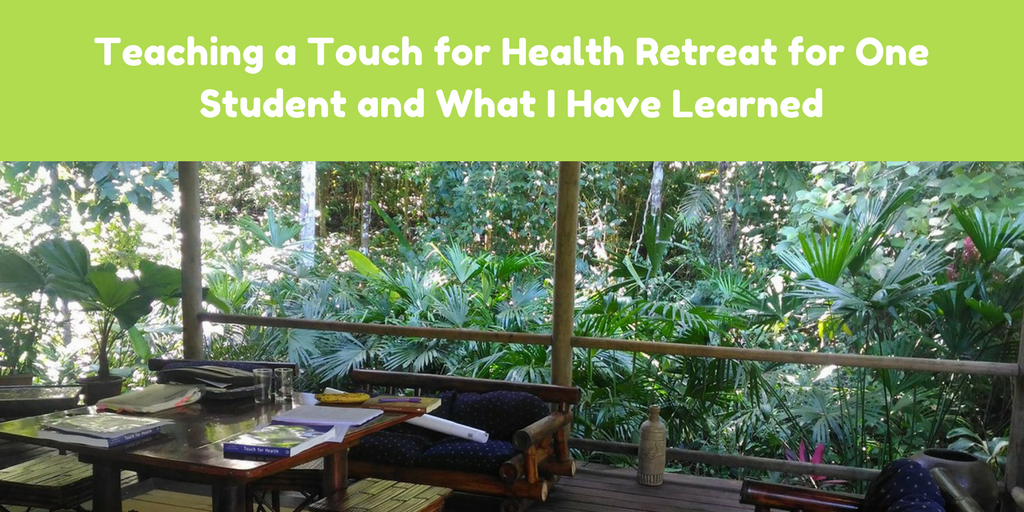